What's The Purpose Of Your App? 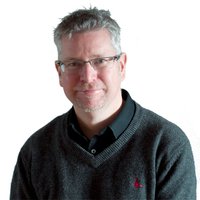 In this post I'd like to consider the importance of a solidly defined purpose in the world of apps.

An entire feature in the Evening Standard appeared a while back on Candy Crush describing it as 'the Crystal Meth of the commute'!

This repetitive game has become an addiction for half a billion people. Its London developer was valued at £4.2 billion on the New York Stock Exchange and the investment brochure said it has "a repeatable and scalable game development process that is unparalleled in the industry". This app has a clear purpose: to entertain.

Nowadays it seems like there's an app for everything: from Jamie Oliver's hugely successful app to Blower app - yes honestly - there's an app to blow out your birthday candles! (it uses the speaker opening at the bottom of your iPhone as a makeshift fan). But does every thing need an app?

Developing an app with no clear purpose or scalability is probably going to be a waste of money.

Making it easier for customers to interact, buy from you, book with you and generally do business with you. There is almost always a similar website that does the same job as these types of apps but the difference is that these apps connect you to 'what you want' faster and without going through the internet. Solves a myriad of problems particularly when you're on the move. For example: British Airways and EasyJet have apps that facilitate quick booking, checking in, provide boarding cards etc. anytime, anywhere.

A personal favourite is 'TheTrainLine' app – helps you look up train times, purchase, store and display your train tickets - very handy indeed. More examples under this category include the free apps from the social media channels such as LinkedIn, Facebook, Twitter. The websites provide the same service but when on the move, these apps provide instant access.

Similar to the success of Candy Crush - Minecraft, Jelly Splash, Angry Birds simply provide entertainment. Key to their success is their appeal across the age spectrum globally and their scalability. Free to begin with and upgrades at a price.

Then there are apps that give you an added service and are part of your daily life, e.g. Skype, iPlayer, Spotify. Where would we be without these?

The question of whether it will make you money: directly or indirectly, is another installment. But as a precursor if your app hasn't got a purpose, its not going to be valued, used or have a chance to generate a return on your investment.

If you want an objective assessment on the viability of your app idea, DabApps is happy to help. As a company specialising in software development and the design and build of all applications (from simple fun mobile apps to complex decision-making platforms), we have a good idea of what works and what doesn't.

If you have an idea for an app that you'd like to discuss with us - we'd love to hear from you.

We now have an office and development team based in Cardiff